The Preserver is a new sci-fi horror short written and directed by Alan Olivas of AEOfilms.

After a portal to another world is discovered, the fate of the galaxy rests in the hands of Anna. Knowing that humans are not allowed to travel to other worlds, she must make the ultimate decision that will affect her life as well as the entire galaxy.

A Q&A with writer/director Alan Olivas

Congratulations on the release of your new sci-fi short The Preserver. What can horror lovers expect from the film?

Thank you! There are a lot of horror themes in this film. The unknown, characters being thrust into otherworldly situations, being forced to make difficult decisions. All those are big-time horror themes. I think sci-fi films like mine rely on some horror elements, which is what makes them so unique. They can pass for a horror film as well.

The storyline is quite fascinating. How did you come up with the concept for the film?

Originally, the story was going to be about the character of Anna talking to the devil. But at the time, when I was outlining the script, I was listening to the DARK SOMNIUM Youtube page (they are part of CREEPY PASTA). The Youtube page has a lot of stories that are sci-fi/horror based and I found them fascinating. There are a lot of films about the devil etc. but not a lot about humans talking to extraterrestrials, so I changed the storyline and when I say changed it, I changed it!  We went from Anna being a police officer and there was going to be other police officers with her, a clairvoyant person telling her about who she is going to meet. I changed everything. I think the changes worked though.

The film touches upon some interesting topics. A quote from one of the main characters Pete, for example, “You’re all monsters at war with one another” seems to have a deeper meaning. Can you tell us more about the themes you wanted to touch on?

I wanted to touch on how we act towards one another in today’s world. Everything is questioned now, whether it’s your religious beliefs, political party, the food you eat, the teams you cheer for, heck even the gaming console you use. Everyone has to be RIGHT, there is no grey area. Nobody wants to talk about things and they are quick to point fingers. Cancel culture and the mainstream media doesn’t help either. With that said, if an Alien race is looking down at us, studying our behaviors and how we treat one another, they would see us how The Preserver sees us, monsters hell-bent on destroying one another. The quote I used from comedian Bill Hicks “Humanity is just a virus with shoes”, couldn’t be more relevant today. Why would an alien race want humanity infecting the rest of the galaxy?

“If an Alien race is looking down at us, studying our behaviours and how we treat one another, they would see us how The Preserver sees us, monsters hell-bent on destroying one another”

The Preserver is tightly paced and the suspense is built nicely. What were some of the methods you used for creating tension?

I used the same method I always use for my films, outline and just talk about it with my producer/girlfriend. She’s really good at saying “that works” and REALLY good at saying “yeah don’t use that” haha. But a lot of it is in the editing process. I’ll edit the film to how it’s somewhat going to be, then I start chipping away at stuff, like if a scene is too long or I need more content in one scene. Then I’ll show it to my producer and that’s when she brings out the RED PEN! With The Preserver it was no different. I want to say it was a bit easier than my other films because going in I knew what I wanted in it.

There’s an atmospheric quality to the hiking scene where Arthur finds himself on another planet. What was your biggest challenge when creating those visual effects?

That was actually my favorite part of filming The Preserver. I had never done any VFX so it was a lot of trial and error. We actually filmed the planet scene at two other locations before we filmed at the rocks. We filmed it in Apple Valley, CA. It’s about an hour or so east of LA (on the way to Las Vegas). The landscape is desert and rocks. The challenging part was keeping the camera steady. I had to go back and film those scenes with the camera mounted to a tripod because in editing the first footage, the planets would move with the camera so it looked funny. Using the tripod made the shot work. Everyone has told me that scene was one of their favorites. 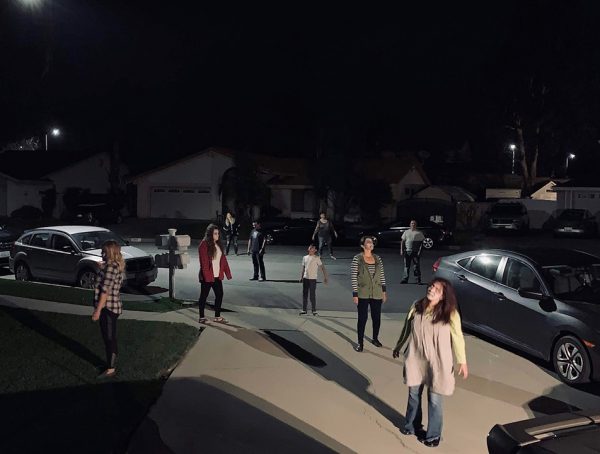