The Night Courier is a new proof of concept horror film created by Tabitha & Mason McDonald of Dark Red Horror.

A single night offers a suffocating glimpse into the life of a woman whose occupation is feeding people to monsters. When one of her victims escapes, the story escalates into a hellish cat and mouse chase.

Through the analogy of vampires and the metaphors of horror, The Night Courier explores how our differences pit us against each other, and how our humanity might bring us together.

A Q&A with Tabitha & Mason McDonald

Your new film, The Night Courier, tackles themes of biases and stereotyping identities through a horror perspective. How did you come up with the concept of the film and why do you want to tell this story?

Like most scripts, the initial idea was absolutely nothing like the end result. Our original intent was to make a short series, where each episode was a single camera shot focused on a specific event within the story. It was an extremely experimental idea, following this woman through a night, with single shots, and zero dialogue. But, over time the world evolved, and we felt it needed to be expanded into this short. We are now writing the script for the feature as well.

The Night Courier includes vampirism subject matter and follows a woman whose occupation is feeding people to monsters. Were you influenced by other vampire-themed horror films while in the brainstorming process?

The truth is, we’re not actually huge vampire fans. We don’t naturally gravitate towards the lore of vampires. But, if we had to pick a vampire film that speaks most true to what we are trying to accomplish it would be Let The Right One In. When it comes to storytelling, our stories are 100% about the character. It’s about characters feeling real and tangible in a fictional world. Through character development, the world is shaped. Three movies that served as inspiration in terms of tone and story direction would be You Were Never Really Here, Blade Runner 2077, and The Girl with the Dragon Tattoo.

We know the visual landscape is going to be a very important component of the film. What can we expect on that front?

Less is more. We want to paint with light in a way where it seems almost invisible. Naturalistic. We are both big fans of what silhouettes can convey both about the character and the environment around them. This style will also play into the character development. The battle within the self, and externally will be enhanced through the way we film.

What are some themes about our society you hope to get across in the film?

Over the course of 2020, we were forced to look at our world in a different way, and we had a lot of time to do it. In turn, this film explores biases in a few different ways that we are currently exploring within our own lives; including race and class. But also on a broader front, we explore the human nature of categorization, and how when that innate want to categorize is nurtured it divides people, and fuels hatred. Our only goal is to keep learning, and growing ourselves. And hopefully, along the way, we inspire others to look at their own practices and make changes.

We know to expect a high-energy cat and mouse game, but without giving away too much, can you give us any teasers? A scene you’re really looking forward to shooting maybe?

We are big fans of the unexpected – when a story takes a turn in a direction the audience never thought it would ever go. Without giving away too much, there is a moment in this film where the tides are turned. And from there, the story takes an entirely different form.

We are big fans of the unexpected – when a story takes a turn in a direction the audience never thought it would ever go.

You’ve recently launched your funding campaign for The Night Courier. How can the horror community get involved to help support your filmmaking process?

Filmmaking is by nature a very collaborative process, and this is just one more way to collaborate. Even if you aren’t a filmmaker, you can play a role in making this film successful. Whether that is a share on social media, a financial contribution, a networking connection, or something else, there are so many roles to fill within a film. If you love horror, this is an opportunity to join a group of people who are very passionate about horror and storytelling, and perhaps even make some valuable connections in your own horror endeavours.

Find out how to support The Night Courier here. 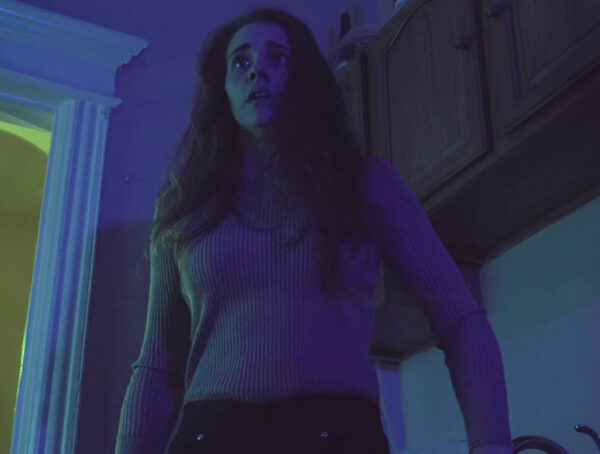 The Strange Monster at the Rivera House

The Strange Monster at the Rivera House is a magical realist horror film set in Puerto Rico, written and directed …