Animal Among Us, the feature film debut of director John Woodruff, is no one-trick-pony. It takes the “monster in the woods” story to new heights and cleverly explores original territory.

College professor Roland Baumgarner (Christian Oliver) is known for his best-selling novel The Merrymaker Murders, a nonfiction tale covering the unsolved killing of two teenage girls. Fifteen years after the murders, he receives an anonymous letter inviting him to the campground where it all happened, and currently being prepped for a grand re-opening. Intrigued by the invitation, Roland decides to leave his pregnant wife behind and returns to the grounds that gave him fame.  But with his return, so too do violent incidents start to occur. Now he and the next generation of owners must try to stay alive while figuring out what (or who) is behind the mystery attacks.

Sounds fun, right? Animal Among Us provides 80s slasher vibes and blends subgenres with a story that is both fresh and twisted. It’s part creature feature, slasher, and psychological thriller, but woven together seamlessly. It puts the camp in campground horror, and the brilliant writing will keep you enthralled until the film’s unexpected finale. The dark woods of Merrymaker create a tense atmosphere that although spooky, will make you want in on the action. Director John Woodruff masters original camera angles and dynamic scene transitions that I’ve yet to see in horror of this kind, while an electrifying score and soundtrack flawlessly match the intensity of the film.

While absorbing the film, you’ll notice different character archetypes that will have you questioning who to root for. Don’t expect a distinctive “Alice Hardy“ type protagonist or final girl here. Animal Among Us introduces multifaceted characters, each with his or her own hidden agenda, strengths and weaknesses. Christian Oliver, who has the most screen time, does a top-notch job playing the sexy (but baggage-laden) Roland Baumgarner, who suffers from writer’s block until he inadvertently finds himself trapped in his own book. Next to him is Larisa Oleynik, who you may recognize from popular 90s films like 10 Things I Hate About You and The Babysitter’s Club. Is her character, Anita, good or bad?  Don Frye, who portrays the intimidating, gravel-voiced Burl, also busts out his acting chops and deserves a mention. I enjoyed the material Erin Daniels (Christine, Roland’s wife) was given; however, had she more screen time, it may have resulted in a more believable performance.

Animal Among Us is filled with twists and turns that, like a hungry animal, will have audiences craving more. At moments, it could have used more scares, but the bracing narrative is still highly satisfying. Merging genres so effortlessly is not an easy task and yet the cast and crew manage to pull it off and surpass expectations. Two claws up! 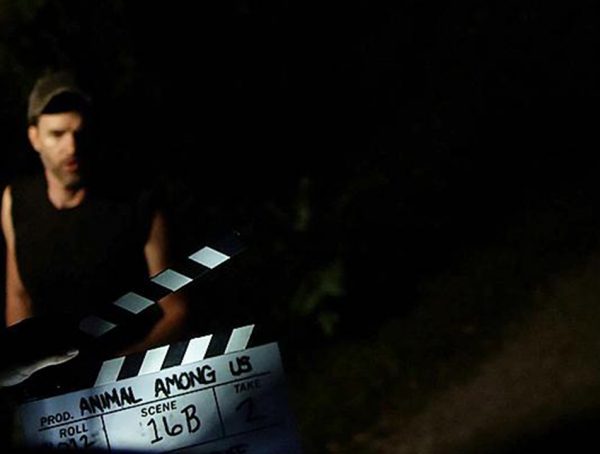 1.3K
Stories
GETTING ANIMAL: UNMASKING ANIMAL AMONG US 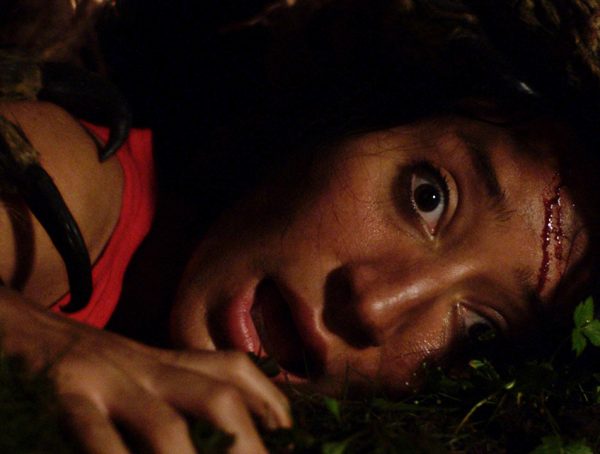 886
Indie Horror Previews
Animal Among Us