Max Causey was only six years old when he accidentally murdered Santa Claus on Christmas Eve. 12 years later, Max tries to fix his mistake, but the botched resurrection results in the creation of a bloodthirsty monster. Max must stop Santastein from killing everybody he loves and ruining the holidays forever!

A Q&A with co-writers & directors Manuel Camilion & Benjamin Edelman below.

Congrats on wrapping production on Santastein. It looks delightfully creepy! How did you come up with the concept for the film?

Manuel: Thank you! The concept originally started as a short film made for a Christmas themed festival happening at the University of Miami. I had a fascination with classic monsters (my previous film had been about a Mummy), and I thought, why not mesh the two? Make a movie about a Frankenstein Santa? A… Santastein!

Benjamin: We really wanted to make high art, and nothing screams ‘cinema’ more than a group of teenagers running for their lives from a bloodthirsty killer Santa Claus. I think Cannes is going to love us! But seriously, we really really love horror films. Some of my favorite movie-watching memories are from low budget campy horror films with friends. We really wanted to try to capture that feeling here with this film.

Manuel: It’s hard to be a horror fan. Oftentimes, it feels like people are recycling premises or just painting over old concepts. They’re making a new Christmas horror movie? Surprise, it’s just a regular slasher that happens to take place during Christmas. We wanted to make something that is actually rooted in the holiday. And for some reason, nobody ever makes a killer Santa. Maybe once or twice in history, but mostly he remains untouched. Have you ever seen what Santa does to the kids that accidentally killed him? Because we’re dying to show you.

Have you ever seen what Santa does to the kids that accidentally killed him? Because we’re dying to show you.

Tell us about the casting process for Santa? Were there specific attributes you were looking for?

Benjamin: Michael Vitovich was our first choice for Santastein. Manny knew him from another feature they had worked on together. We knew we needed someone that could not only play a large and threatening presence, but also someone who could capture the human side of the character. Michael really elevated the role to places we never expected.

Manuel: When writing, I have this kind of “cartoon” version of what a person looks like in my head, but I’m just not very good at drawing. The lines get a little bit blurry, the image isn’t too clear. So ultimately, it boils down to finding the person that fits in that mesh the most. Or in some cases, forces you to reimagine it completely.  In one of the cases for our characters, we actually had a different person chosen for the role. But this actor had walked in to audition for the character, and we thought ‘Why not, she’s already here, might as well give her a shot.’ We cast her immediately.

What was your favourite scene to shoot?

Benjamin: Our final fight scene had such great on set energy. All the actors gave 100% to make sure the choreography would sell, and after three long days in that house, we were so happy to see that the hard work really paid off for that scene. It’s a really exciting one.

Manuel: One of the things I told Ben while shooting, my favorite scene is whichever one we’re shooting that particular day. Our synergy on set really made the unexpected thing happen. It’s hard to defend this movie as being anybody’s since ideas literally came from all sorts of unexpected places. But looking back, my favorite scene to shoot was the final fight. Telling a lot of cast members to just go for it really was the way to go.

What are your favourite Christmas horror films? Did any of them inspire Santastein?

Benjamin: The original Black Christmas is a classic. Pretty much invented what the slasher genre would be. And that same guy went on to make A Christmas Story. Amazing. Manny and I watched a bunch of horror films before filming in order to get ourselves in that headspace. Peter Jackson’s Braindead blew us away. I think personally De Palma films really influenced the way I chose to storyboard, at least for this year’s portion of production. He’s so good at using the camera for suspense, it’s unbelievable. I think I’ve seen the museum sequence in Dressed To Kill like twenty times.

When and where can we watch the full film?

Manuel: Depends who you mean by ‘We.’ We’ve already seen it 😉 (My producers have informed me that this wasn’t funny, and that the final film will likely be released in Winter 2021…stay tuned for details). 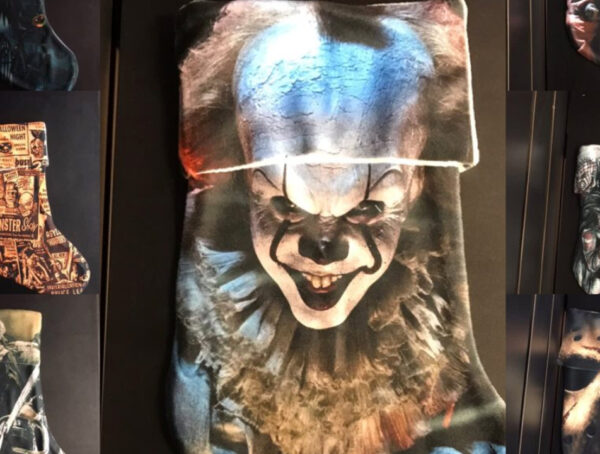 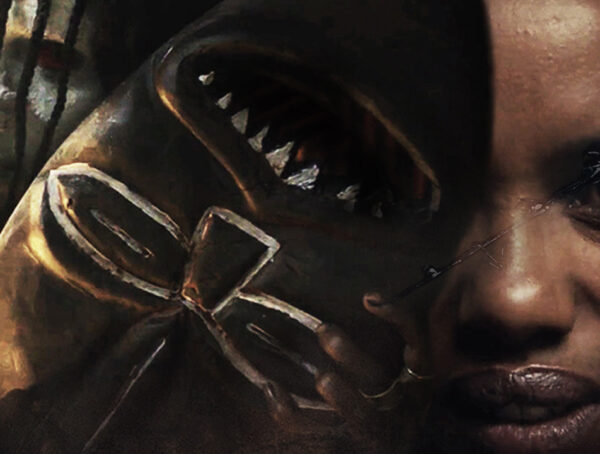