The 2S: HORROR QUARTERS Podcast focuses on many horror-related topics. This is up to and including discussions on horror films, indie horror films, horror makeup, horror collectors, horror actors and much more.

With Halloween around the corner, we caught up with owner Michael R. Santana of Manna-hata Movies to discuss the podcast, which is a must-hear for fans of the genre.

Check out a trailer and our Q&A below

Rabbit: Congratulations on launching The 2S: HORROR QUARTERS Podcast! I’ve subscribed and listened to quite a few of the episodes already. Great work all around. First I need to know, what does the 2S stand for and how did you come up with the name?

Michael R. Santana: So when I started the podcast, I didn’t have a name for it. I was asking people for suggestions and trying to come up with something. I believe the first two episodes we didn’t have a show name but we shot anyway. Around that time, my Uncle Jerald passed away in New York. My mother, sister and I took a flight out there to clean his place up and square away the details on everything. I’m leaning against the wall of the hallway directly in front of his front door in Queens, tilt my head up and there it is… “2S”. 2S is my uncle’s apartment identification, as in Apartment 2S. I knew right there it would be called The 2S: HORROR QUARTERS Podcast. The logo itself is a shot of the peephole and buzzer on his door. The eyeball is my son Michael’s eye mixed in with a zombie’s eye. So the name of the podcast is in my uncle’s honor.

Rabbit: The quality of the episodes on Youtube are top-notch. As a filmmaker, you bring to this project the experience you have behind the camera. What made you want to start a horror podcast and do you prefer hosting/producing a podcast or making films?

Michael R. Santana: Thank you for the compliment regarding the quality of the podcast. I take great pride in lighting and ESPECIALLY sound when creating projects. It’s never perfect and each episode is a learning experience to try and get it better. Because of my horror collection already here and growing, I just wanted to talk horror within the same vicinity of the collection. I thought that would be an interesting way to go about it. As an avid horror fan and student, this would be the perfect opportunity. Shooting a podcast in between other projects is a great way to keep the creativity flowing at all times.

Rabbit: What made you want to start a horror podcast and do you prefer hosting/producing a podcast or making films?

Michael R. Santana: If I had to pick, I would make films over producing a podcast. Having said that, to me they go hand in hand. Filmmaking is the pizza slice you eat for lunch while shooting the podcast is the XL Cherry Coke to wash it down with.

Rabbit: That’s a good combo! Who are some of the most entertaining guests you’ve had on the podcast so far? Any must-see episodes we should check out first?

Michael R. Santana: It’s difficult to pick the most entertaining guests thus far, but if I had to it would be Rick Creeper, Tony A, Krystale Noir, Maria Olsen (I Spit On Your Grave Deja Vu), SPAWN, JOE, VITO, URG 7. There are so many though, so I would say just go through the episodes and pick what may or may not appeal to you.

Rabbit: In the very first episode, you discuss David Gordon Green’s Halloween. Now that the film has been out a couple of years, has your opinion changed at all?

Michael R. Santana: Halloween (2018) has been a roller coaster of emotions for me. Because it’s Halloween, I’m going to be a lot more critical of it. I in no way disrespect or disregard the effort and excruciating work it takes to put movies together. Having said that, I have my issues with it that haven’t changed since I first saw it. It is still part of the family and I still watch it frequently.

Rabbit: What advice would you give to those wanting to start their own podcast?

Michael R. Santana: My advice for any future podcast creators is to make sure that your audio is strong, solid and clear. And if you’re shooting video for it as well, try to keep all of the important things in frame. It is a process for sure and you will find your own personal rhythm for it.

Rabbit: Besides Youtube, where can people listen to The 2S: HORROR QUARTERS Podcast?

Michael R. Santana: Outside of watching the visual representation of the podcast, you can also listen to it on Spotify, Apple Podcasts, Google Podcasts, TuneIn, and iHeart Radio. 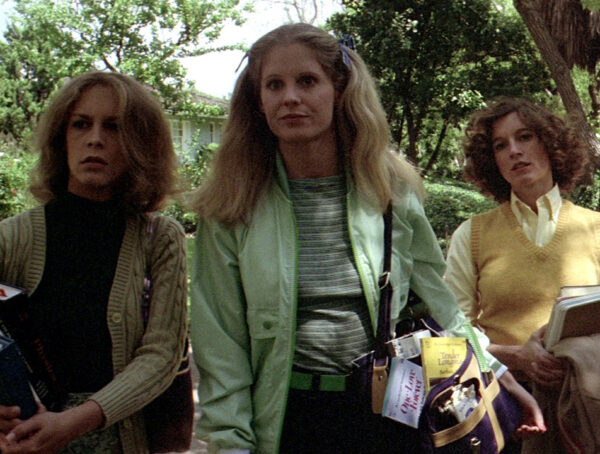 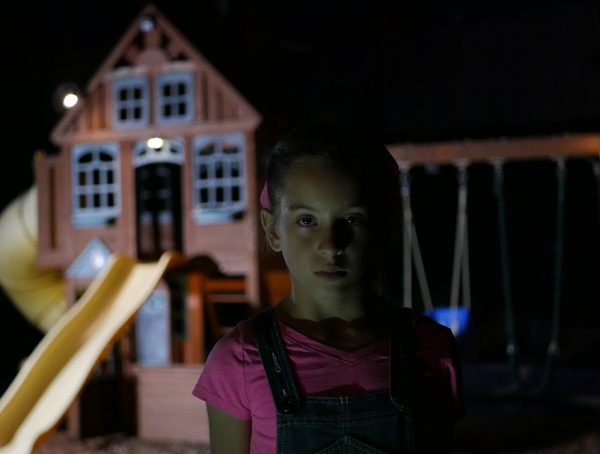