Since we have a few more weeks of hot weather to look forward to, the 18th edition of Horror Facts will feature 13 scary movies that take place during the Summer. Here’s a look at some fun facts from Blood Beach, Jeepers Creepers, The Texas Chainsaw Massacre and more!

/ Sleepaway Camp (1983) had a variety of different titles based on the country. Some of these include:

/ The film’s star Felissa Rose was paid only $5,000 for her performance of Angela Baker. During casting for the role of Angela, Director Robert Hiltzik asked actresses to stare wide-eyed into the camera while simultaneously pretending to eat a chocolate bar.

/ Tom Savini wasn’t impressed with how Cropsy’s burn make-up turned out in The Burning (1981) as he was only given three days to complete the look. At the end of the film, it’s actually Savini who swings the axe to kill Cropsy.

/ Filmmakers really wanted Sally Field to play Alice Hardy in Friday the 13th (1980) after she had successfully auditioned for the role. Field, who was already a well-known actress at the time, ended up turning down the part.

/ The script for Tourist Trap (1979) originally called for female nudity in a few scenes but director David Schmoeller was too nervous to bring it up with Tanya Roberts and the other actresses during casting. Once filming started for the lake scene, Schmoeller finally approached them about it and all of them said NO.

/ Although Jaws (1975) takes place in the middle of summer, the film actually started filming at the beginning of May 1974 to avoid an actor’s strike that was scheduled for July 1st of that year. If you look closely in a few of the scenes you’ll see trees with no leaves and water temperature were cooler than expected.

/ In Children of the Corn (1984) the man who works at the local gas station has a dog named “Sarge”. The same actor, R.G. Armstrong, is named Sarge in an earlier horror film Evilspeak (1981).

/ The Texas Chainsaw Massacre (1974) is known for its brutal scenes but filmmakers also used some remarkable location shots to split up the gore. While filming at Leatherface’s house, Tobe Hooper and cinematographer Daniel Pearl created a low angle shot that follows Pam (Teri McMinn) as she slowly heads towards the house, which enlarges in the background until it towers over her. Since this shot was not part of the storyboards, the producers didn’t want to spend time on it and it was nearly cut completely. Hooper and Pearl fought to keep it and it remains one of the most stunning compositions in the film.

/ Director Jeff Lieberman has stated that despite the many reviewers who have claimed that Just Before Dawn (1981) was inspired by The Texas Chainsaw Massacre (1974) and The Hills Have Eyes (1977), he hadn’t seen either film before he began shooting.

/ In Jordan Peele’s Us (2019), filmmakers had to make very little changes to the Santa Cruz Beach Boardwalk as many of the games and rides are originals from the 1910s. There is also actually an underground tunnel system under the boardwalk that’s mostly used for storage and as an emergency shelter. The Lost Boys (1987) also filmed quite a few scenes at this location.

/ Jeepers Creepers‘ (2001) original title was “Here Comes the Boogeyman”. It was once the highest-grossing film to ever be released during Labor Day weekend. This record was broken in 2003 by its own sequel Jeepers Creepers 2.

/ In The Fog (1980), Adrienne Barbeau, who plays radio announcer Stevie Wayne, used the voice of 1960’s female disc jockey, Alison Steele, known as the Nightbird, as a reference for her character. At the beginning of the film, the band “The Coupe DeVilles” is mentioned on the radio. This was actually a real band that director John Carpenter played in.

/ Upon the release of Piranha (1978), Universal Studios planned to sue New World for spoofing Jaws (1975). The lawsuit was dropped when they found our Steven Spielberg had been to a pre-screening of the film and was a huge fan. 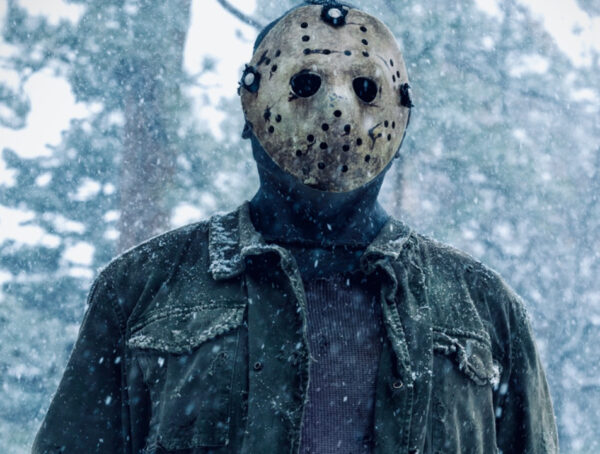