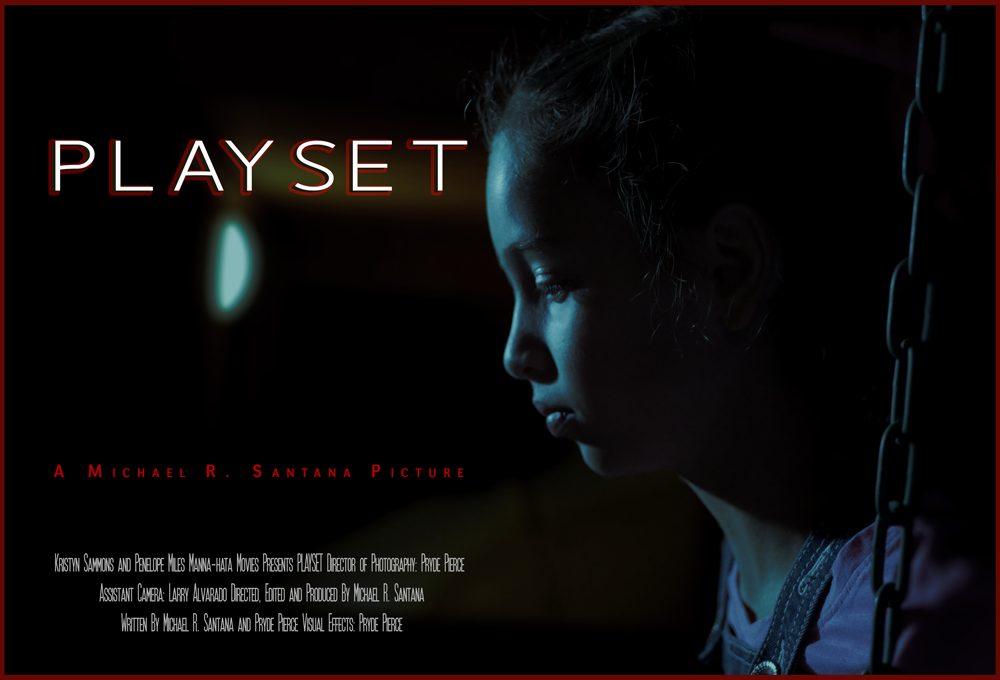 A bored girl who finds solace in her backyard playset discovers a dark aura seeping from within it.

The full film + Q&A with Michael R. Santana below.

Rabbit: First off, great work on the film! The suspense build-up was perfect and the playset had a really sinister feel to it. How did you come up with the concept?

Michael R. Santana: Well, I came up with the concept gradually, as the Playset is in my backyard. Every night when I lock up the back door, I look out into the yard and see the Playset sitting there in the darkness. I thought to myself, “What can I do with this?” So I started building a story and writing the script. I had a couple of meetings in the yard with the Director of Photography, Pryde Pierce, and we executed a plan for it.

Rabbit: What are some of your favorite horror films? Did any of them inspire Playset?

Michael R. Santana: Some of my favorite horror films are Jaws, Halloween, and Poltergeist. I am inspired with the “less is more” approach as not only does it allow the viewer to use their imagination, but I also do not have much of a choice as there is no budget. I challenged myself to refrain from showing anything in regards to a monster, or a ghost or whatever one may think is within the playset. Also, sound or lack of sound is vital to the production. I think horror is extremely dependent on how sound is used. This is why I put extreme focus on the atmosphere around the playset and do most of that separately. Horror can be many things, but I think horror needs to breathe for it to be at it’s very best. 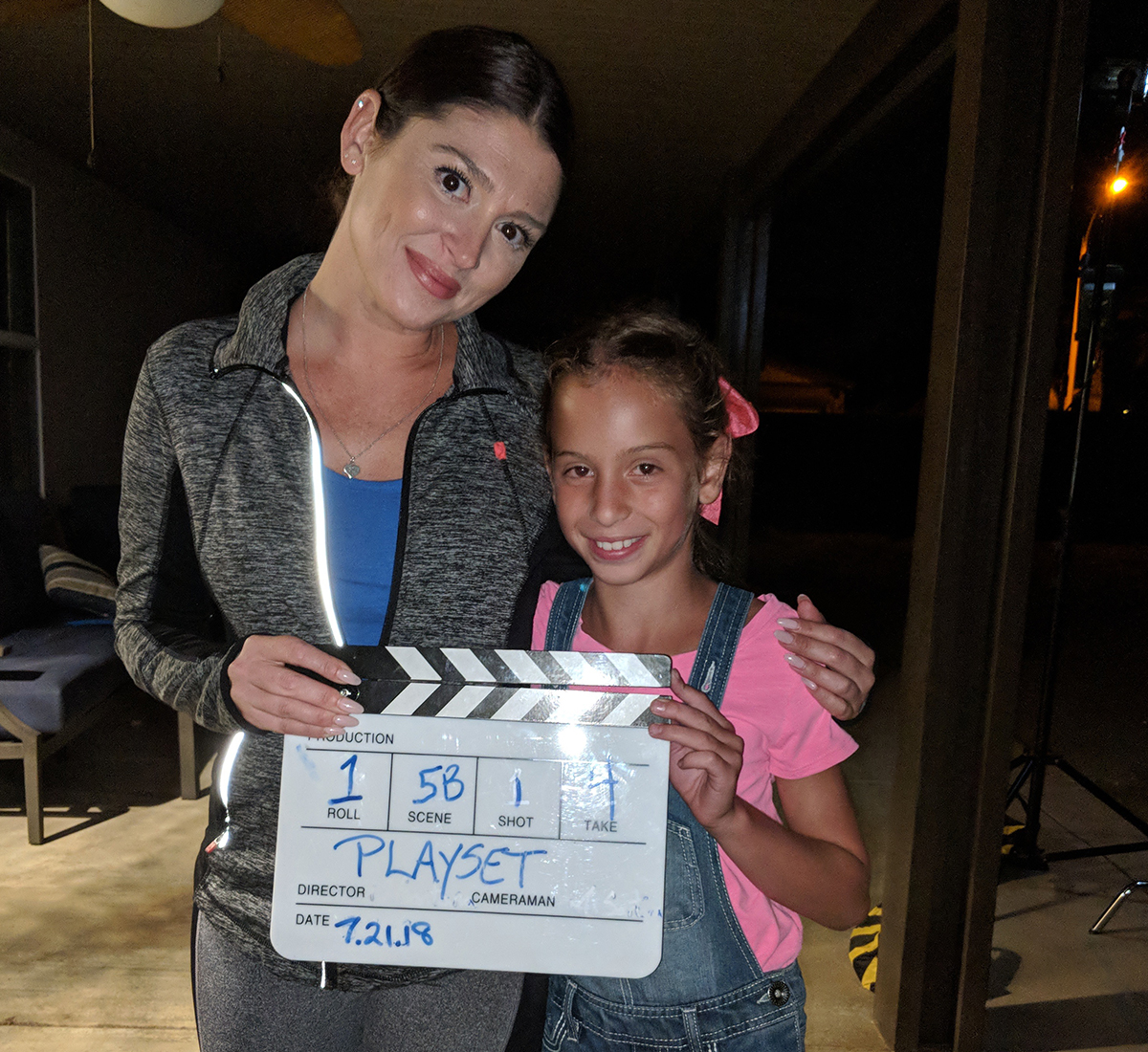 Rabbit: Kristyn Sammons and Penelope Miles did an excellent job and you really feel that mother/daughter bond through their first scene together. What was your experience like working with them?

Michael R. Santana: Penelope is my niece and had been asking to be a part of one of my projects. So I went with her and am very happy I did. For the mother role, I did a lot of searching. I found Kristyn Sammons’ reel on Youtube and was thoroughly impressed with a particular scene. I reached out to her and she was happy to be a part of it. The experience went well with both actors as we went pretty late into the night.

Rabbit: The actual playset looks super creepy, especially all lit up. Did you have to scope out a few of them before finding the perfect set for the film?

Michael R. Santana: Regarding the lighting of the playset, I had an idea of how I wanted it to look and appear. I initially wanted the interior color to be blue. Pryde Pierce suggested that we go with red. Looking at it now, I’m glad we went with that color.  Then he went to work and created a brilliant lighting scheme that I feel complemented the story extremely well. 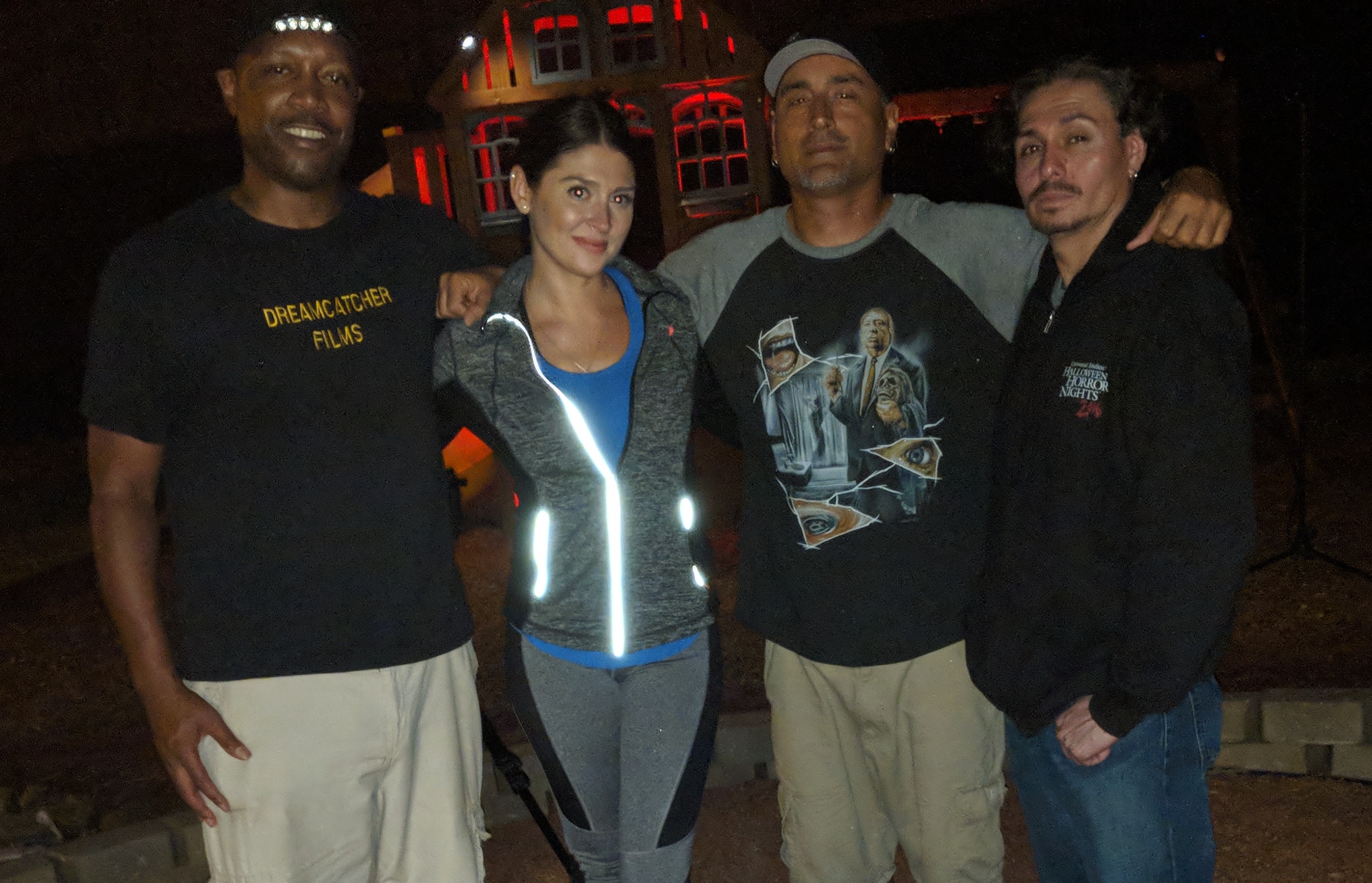 Michael R. Santana: Currently, I am working on a few different things as well as a horror podcast that I do in between projects. It is called The 2S: HORROR QUARTERS Podcast which is currently streaming on Spotify, iHeart Radio, Apple Podcasts, TuneIn and Youtube. Up next is a documentary that I am in the process of editing that should be done by 2021. It’s under wraps on what it is about at this time as I don’t want to jinx anything before it’s complete. I also just finished a horror short titled PEEK that hasn’t been released yet. We are not sure what we are going to do with it currently.