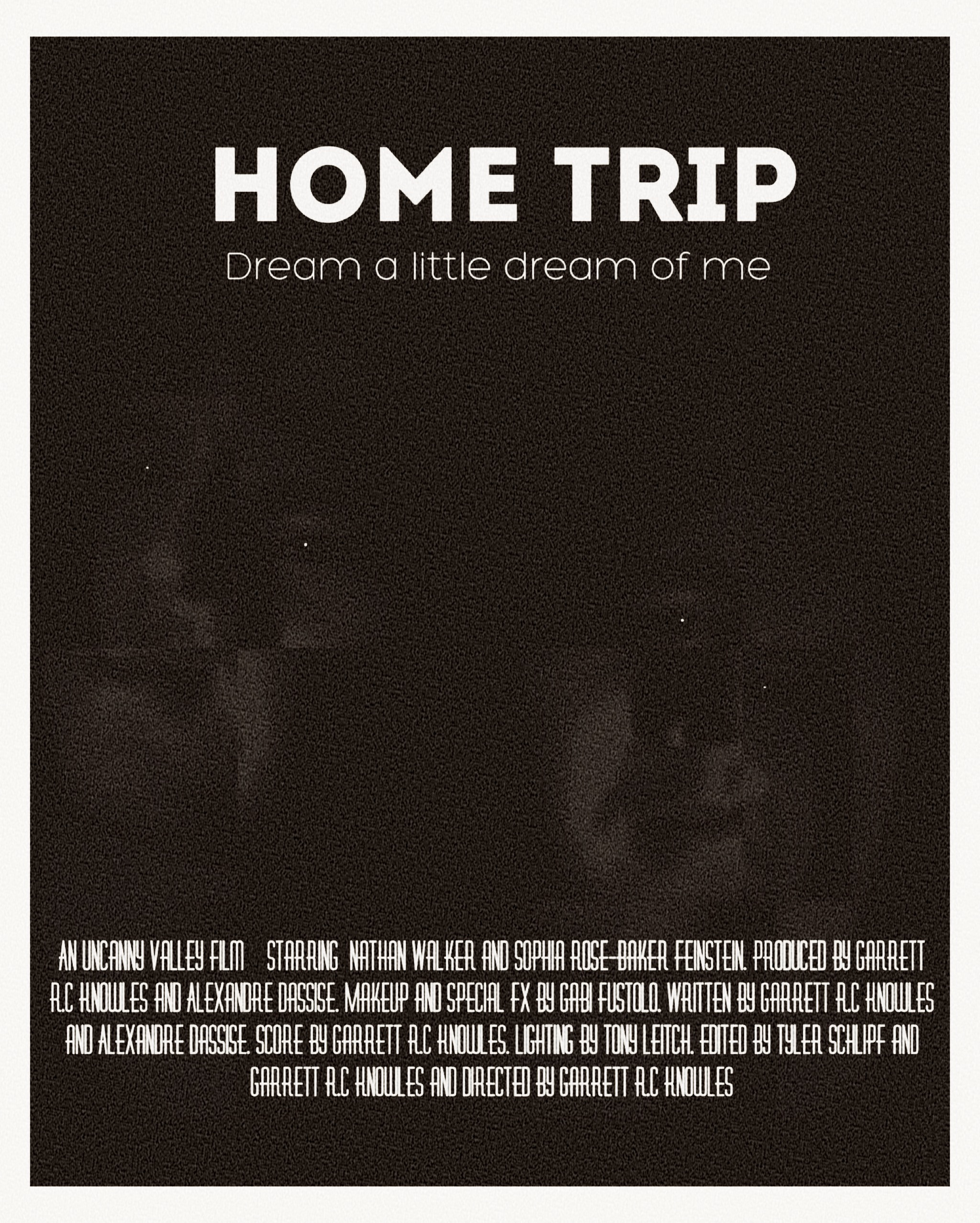 A surreal dreamscape following a bachelor after a previous lustful encounter. What went wrong, and what could go wrong?

Check out the film + Q&A with Director Garrett R.C Knowles below.

Rabbit: First off, great job on your new surreal horror short, Home Trip! How did you come up with the concept of the film?

Garrett: Thank you so much! Glad that you enjoyed the film. The concept was originally for a feature-length film that was passed by a few production companies for being “Too Dark”. After studio by studio, ostracized our idea, we eventually caved in, sucked in our pride and translated the narrative to a short film. It very much was designed to feel “familiar”, in an indistinguishable way. There is clearly something very wrong and disturbed with each character presented.

Rabbit: What are some of your favorite horror films? Did any of them inspire Home Trip?

Garrett: My all-time favorite horror film is The Wicker Man (1973). For one, Sir Christopher Lee gives the villain performance of a lifetime and two, it deserves more credit and people often mistake it for Midsommar (2019) or the 2006 remake. I am absolutely obsessed with pagan, folk and horror that hearkens back to the same lessons we were taught from Grimm Fairy tales passed down by our parents and those who came before them. However, I share a love for surrealist horror. Films such as Eraserhead (1977), Altered States (1980) and A Field in England (2013). One company whom we adore who seem to be making films that adapt this feeling is SpectreVision with such films like Mandy (2017), Daniel Isn’t Real (2019), and Color out of Space (2020). 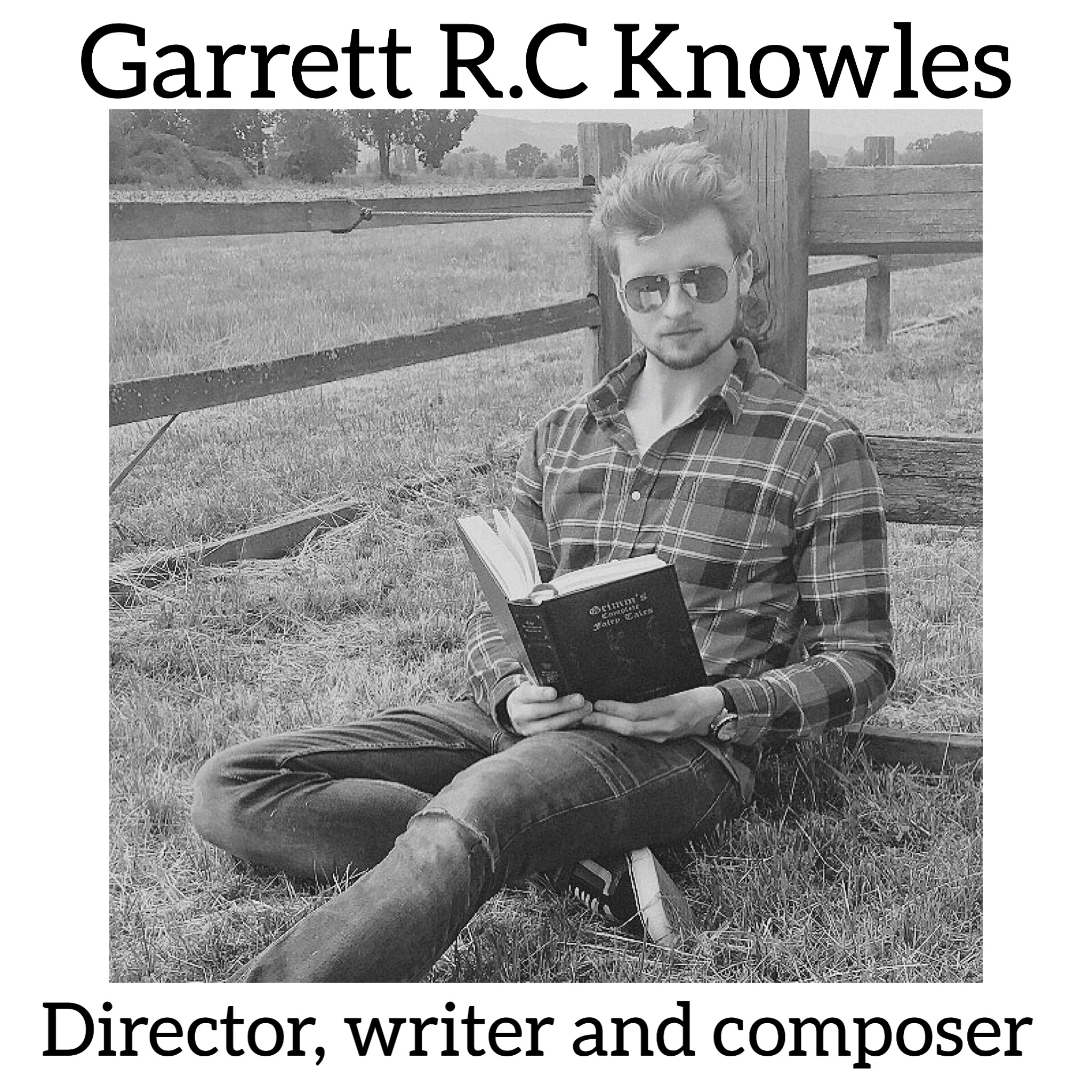 Rabbit: I loved the cinematography, especially the opening with the typographic title design over the aerial shot of the car. Why did you decide to make the film black and white?

Garrett: Again, thank you! The film originally was very vibrant with saturated red colors, like an Italian horror film, however, I decided against it and to make it black and white due to the darkness of the film’s tone. There is a dream-like mysticism to what is happening, and there are various beings and items hiding in the shadows. It’s very dreamlike and you can definitely see parallels to films like Eraserhead (1977). 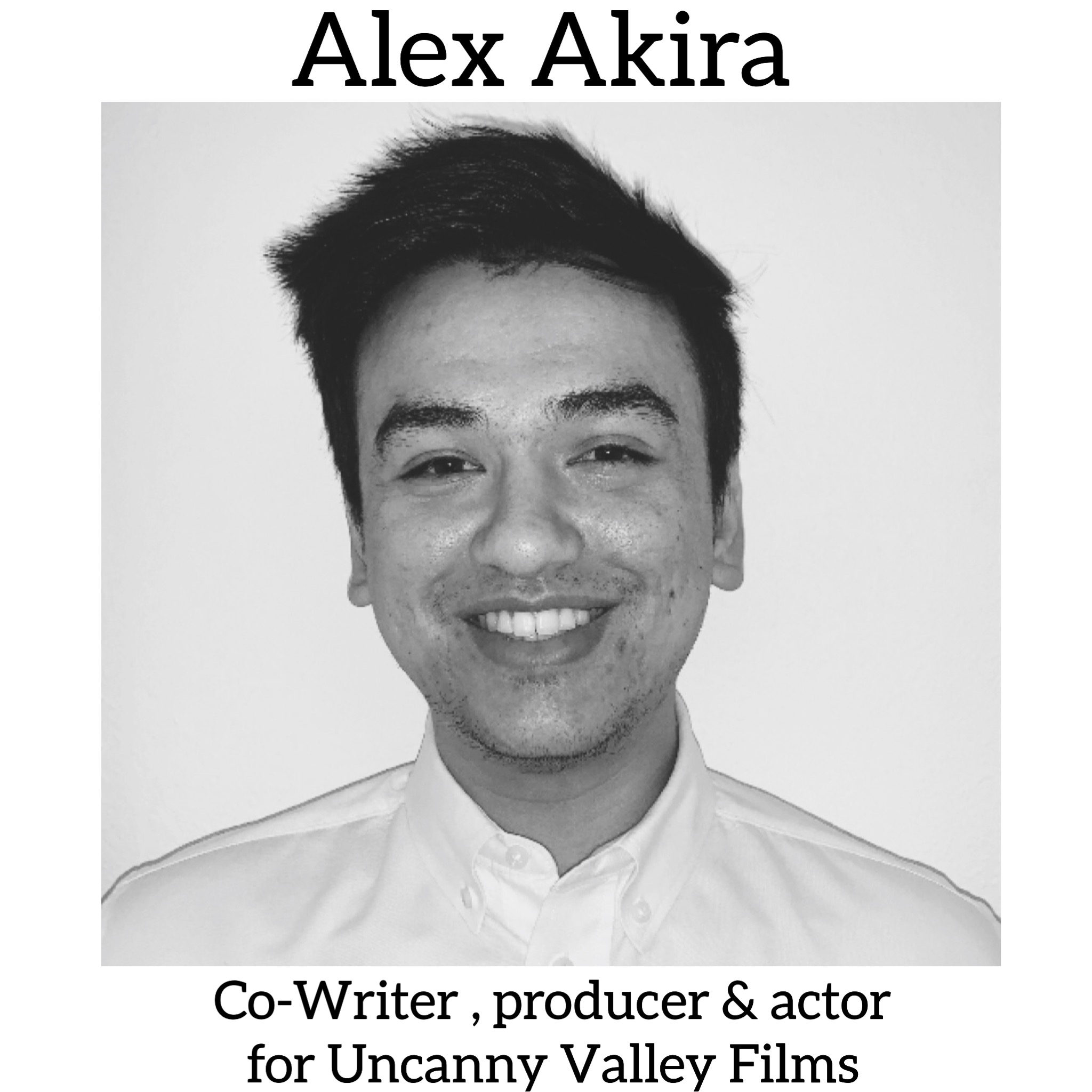 Rabbit: I have to ask, is there any significance to the apple? That scene creeped me out and I had to play it back to make sure I wasn’t seeing things!

Garrett: Yes, the apple is rather out there. I’ll say there are a lot of religious Easter eggs in there. The apple is known as the forbidden fruit. It’s there to imply what may have happened before and what sort of action this individual committed. The voice of “The Entity” has a few Freudian slips, and alludes to a bit of her past. It’s possible that the past and the present are connected in some way. One name she mentions is “Ezra”…it wasn’t chosen at random, it certainly has a purpose. Everything was designed to make it feel like it was personally attacking the viewers subconscious. One of my pet peeves with some modern horror films, is they try to make the audience feel too comfortable, I miss the feeling of 70’s horror where I would be chilled to the bone. My goal was to design it to make one feel “icky” or “confusingly-disturbed” by what is happening. 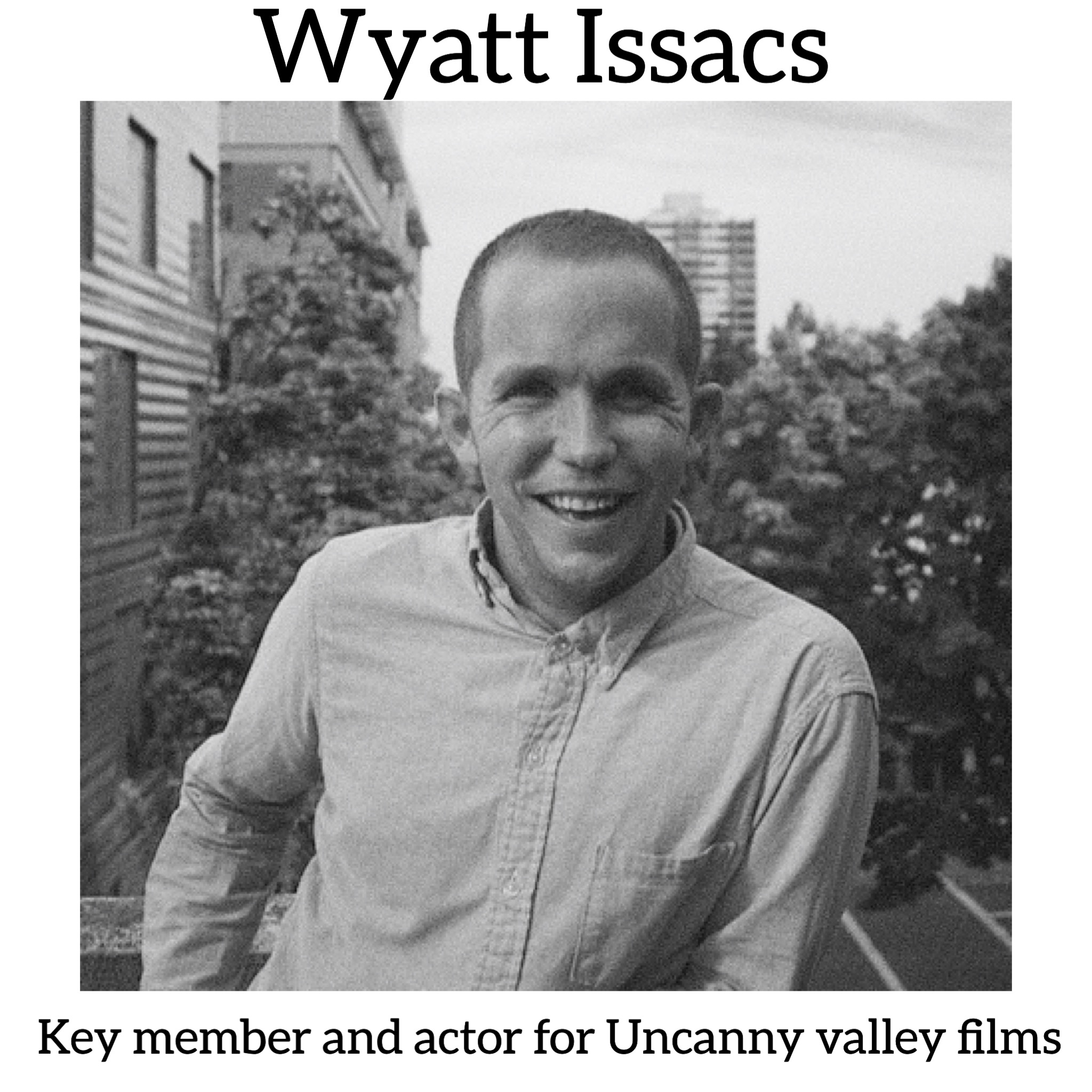 Garrett: I am stoked that you asked! We have a new film coming out July 31st, Bad People Doing Bad Things (2020). The title is very self-explanatory and you get exactly what is said. It’s a throwback to 70’s occult exploitation. Over the top language, full-on nudity, satanic rituals, backwood maniacs, blood and gore. We’re going for it. Mean spirited, over the top and ridiculous-yet evil violence. We wanted to make an exploitation film while satirizing it at the same time, but actually have it feel like it came from the ’70s. Like a lost Jess Franco piece, in the reign of films like Witchcraft’70 (1970), Jess Franco’s Sexorcismo (1975) and Satan’s School for Girls (1973). We also have a feature film in development titled Spooky! (TBA), which is very much in the pagan-horror genre with a “heavy metal” element to it and a Victorian-lowbrow art style, of which we have been working on for years. Think Midsommar (2019) + The Disaster Artist (2017) + Mandy (2017). We are Uncanny Valley Films. Our goal is to bring genre films to life with the help of individuals on the autism spectrum. We have connected with individuals with autism through the interest of innovative horror projects. This inclusion has advanced our stories and at the end of the day, the story always comes first. Films like Home Trip (2020), are just the start of our bizarre, frightening and innovative storytelling adventures. 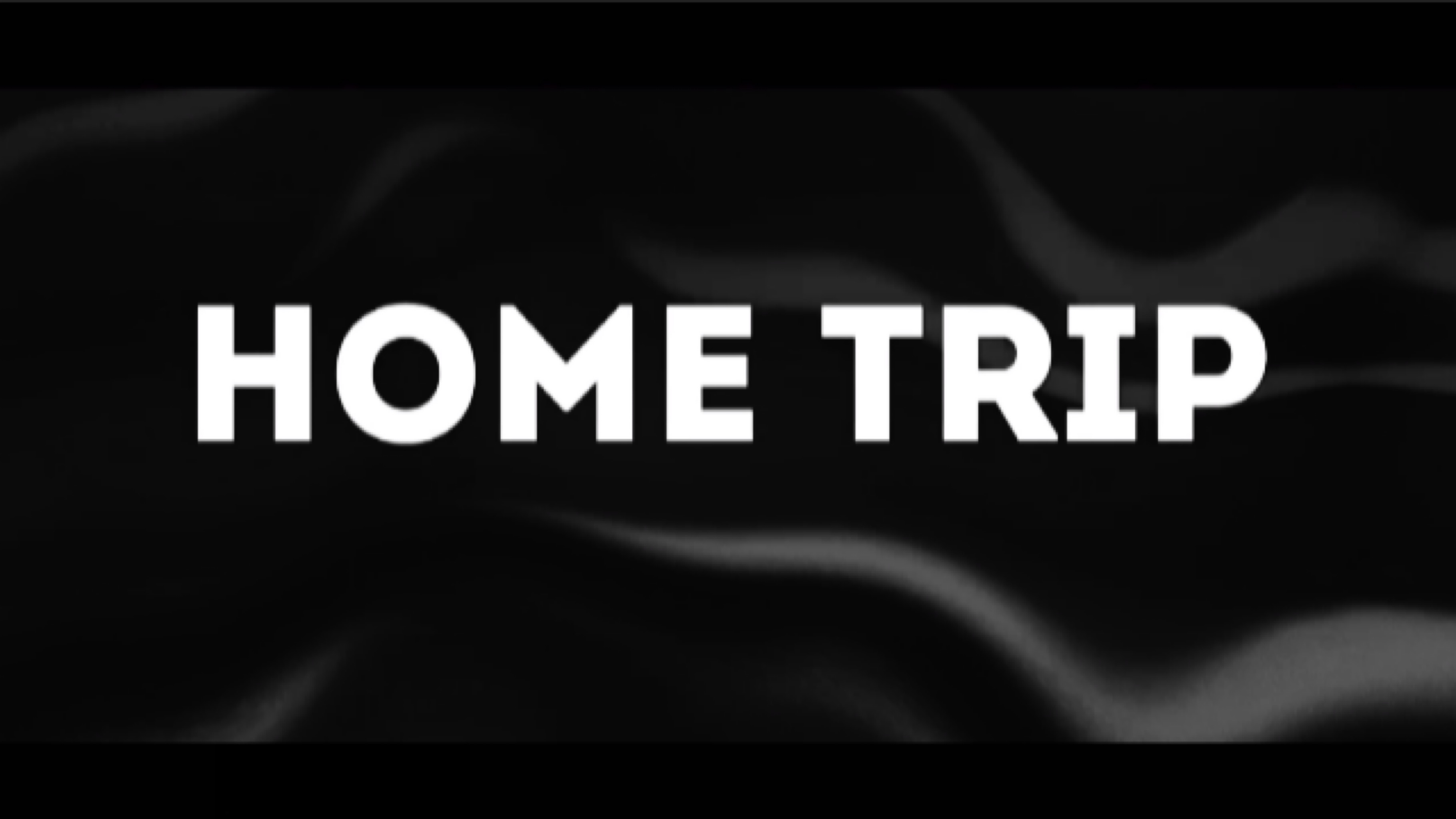 207
Indie Horror Previews
The Man Who Became Everything