When I first saw previews for Scream: Resurrection, the third season in the forgettable Scream TV series, I actually thought it was a spoof or fan-made mashup of clips found in different movies and shows. Alas, the news of the reboot was very much real. Not overly excited I thought I’d give the third season a chance in the hopes I’d be pleasantly surprised. Sadly this wasn’t the case.

Scream: Resurrection is a cheesy, pointless time-waster, filled with dull visuals and horrid acting. The writing is cringe-worthy at best and tarnishes the Scream brand. If you’re looking for any slight resemblance to the iconic franchise, other than the voice of Roger Jackson and the Ghostface mask, you’re in for a disappointment.

It’s been three years since season two of Scream ended on a cliff hanger and though I wasn’t thrilled with the first two seasons, it had its moments and a few cast members were likeable (mostly Brooke played by Carlson Young). The fate of season three seemed uncertain due to dropped ratings and large shelf time since the previous season. Soon we learned the series would switch from MTV to VH1 and just recently the reboot was officially announced. The six episode series was pushed out by its new network in a three-night event and made little impact on the horror world.

Scream: Resurrection follows teenage Deion (RJ Cyler) who struggles over the murder of his brother eight years prior on Halloween night. Deion is quickly stalked by Ghostface and becomes aligned with “The Deadfast Club”, AKA a group of stereotypical teenagers, all introduced for the sole purpose of being killed off. The cast consists of Deion’s crush Liv (Jessica Sula), goth and horror guru Beth (Giorgia Whigham), activist Kym (Keke Palmer), drug dealer and party boy Shane (Tyler Posey), the gay guy Manny (Giullian Yao Gioiello), and the perfect student Amir (Christopher Jordan Wallace). In addition to the teens, Mary J. Blige plays Deion’s mother and Tyga his stepbrother. Queen Latifah is executive producer of the series.

The characters lack any substance and the dialogue and storyline are more forced than Ghostface’s knife into a helpless victim. The characters barely bat an eye when someone is killed and seem unphased when Ghostface calls like it’s an everyday occurrence. Jessica Sula and Christopher Jordan Wallace’s characters are incredibly boring and display the worst acting of the crew. Surprisingly, Keke Palmer, who I enjoyed in the comedy horror series Scream Queens was also one of the dullest, over-acting in almost every scene. RJ Cyler is one of the only cast members tolerable in his role.

The Scream movies were always about mixing laughs and scares with clever dialogue. Unlike the movies, Scream: Resurrection isn’t creepy, witty or funny. It was enjoyable having the original Ghostface back but he/she almost seems out of place in the current environment. I give the writers props for attempting to freshen up the genre featuring a final boy as the lead of a nicely diverse cast but unfortunately as each episode passes you’ll find the plot feels increasingly empty and the series as a whole evokes little emotion. What you will get out of it is a lot of cliches, tasteless jokes and eye rolls.

What saddens me most is the failed Scream TV series makes the chance of a Scream 5 happening even slimmer. Hopefully, the success of recent slashers like Halloween 2018 and Happy Death Day will prove to filmmakers that another, true Scream story can still work on the big screen. But please, no more Scream TV. 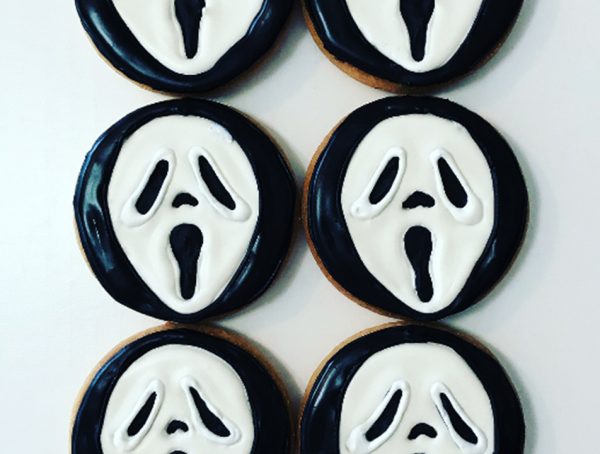