Halloween 2018 is less than 10 days away and I had the opportunity to chat with horror icon and Halloween 5 star Tamara Glynn about her role in the franchise and the hugely anticipated new sequel.

Tamara opened up about her favourite sequel, which horror ladies she looks up to and who she thinks will prevail in the new film!

Tamara Glynn will join fellow Halloween cast members at 40 Years of Terror this weekend in Pasadena. Get tickets here! 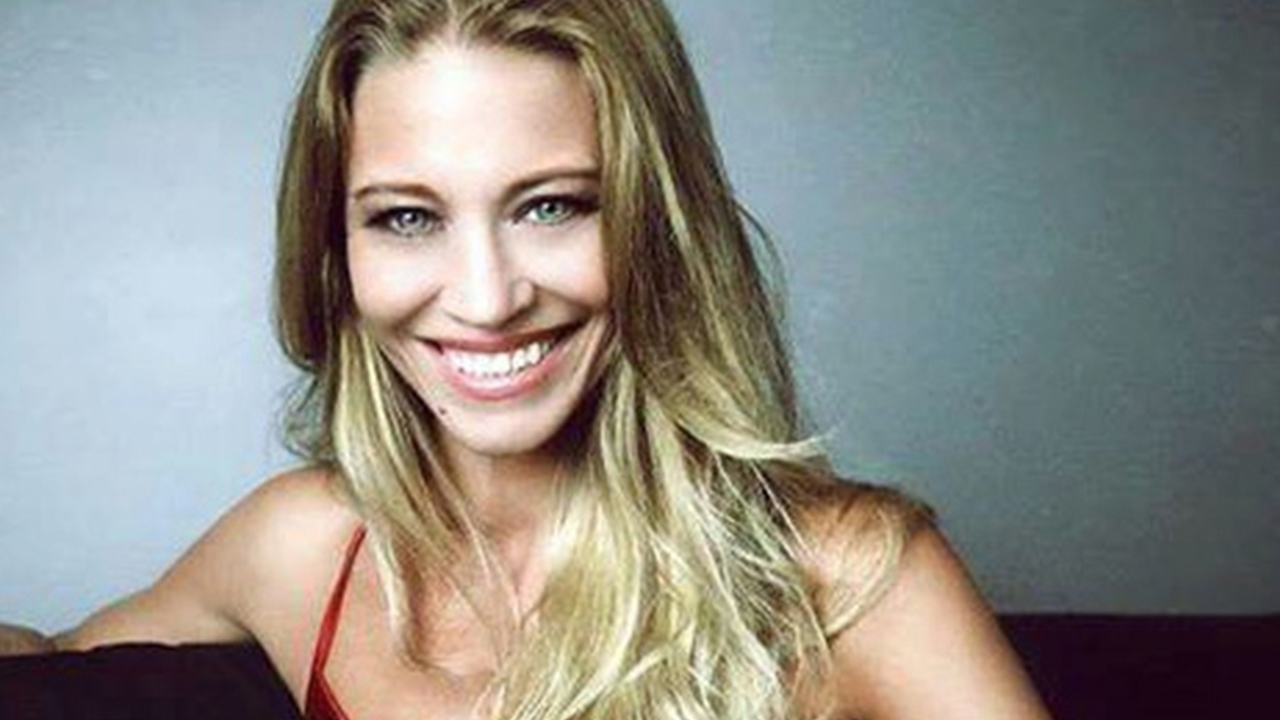 Rabbit: Thanks for taking the time to speak with me today. I was hoping to ask you a few questions about the Halloween series and your time on Halloween 5. We’re a huge fan of yours and your character Samantha Thomas!

Tamara Glynn: Awe thank you so much for thinking of me. You’ve been amazing and I really appreciate you guys!

R: I want to start off by asking if you were a fan of the series before you starred in Halloween 5?

TG: I was! I was 10 years old in 1978, that totally gives my age away. My mom is the one that introduced me to horror and I went to the theatre and that’s where I saw the original. I was ten years old and I was a true fan right up until I got the call from my manager to go in and pick up my tapes and I was to go back the next day and audition. Long story short I did and they sent the tape overnight to Salt Lake City, Utah. I was down in Miami doing the last episode of Miami Vice ever and I got the call in Miami that I booked H5.

R: What was your favourite scene to shoot in Halloween 5?

TG: Without a shadow of a doubt it was the barn scene. That scene was originally written where Samantha dies instantaneously, without any second thought about it. I was very blessed in the fact that I did approach Dominique and Mr. Akkad and a couple of the producers about it. Here I am, 19 years old, I said we see her as bubbly headed sometimes but I don’t want people to think she was a complete friggen dingbat. I said what about if she kind of fought back a little? Low and behold they went with it. There’s so many people out there that that’s one of their all-time favourite horror movie sequences. It was a win-win. Very, very proud of that. 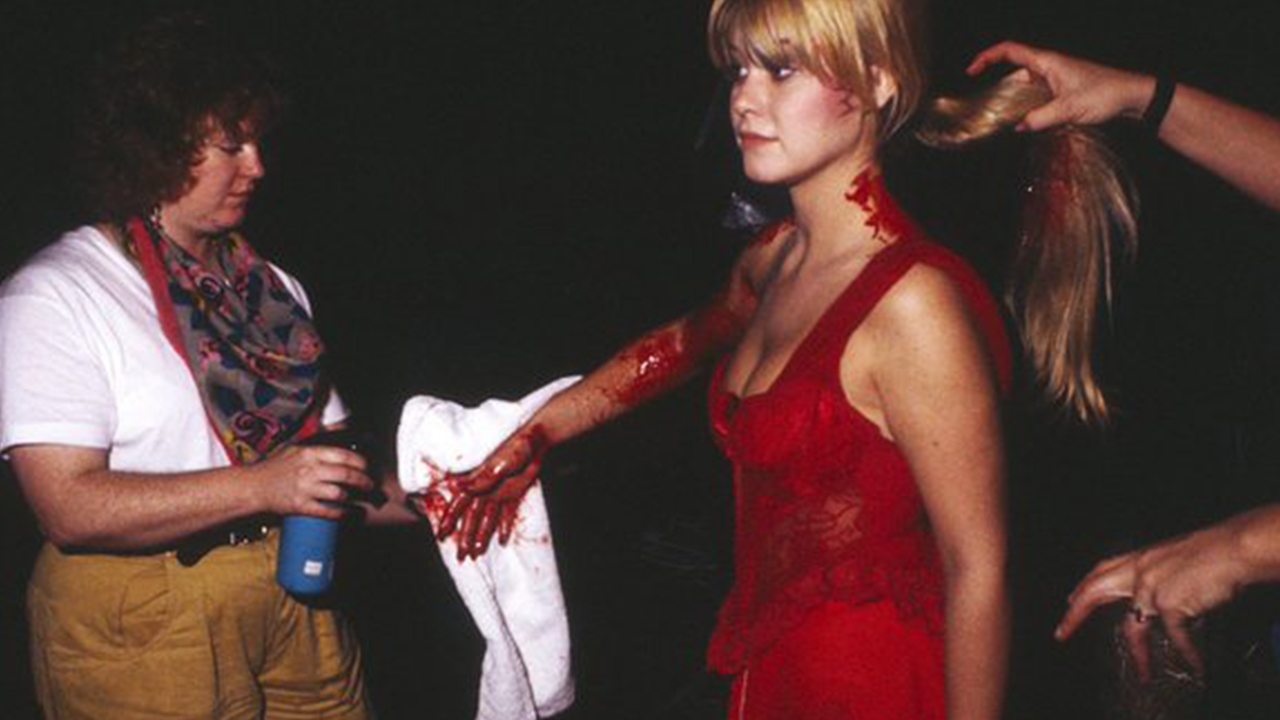 R: That’s an iconic scene. We prefer it when the characters fight back instead of getting killed right away. That’s great you made that suggestion.

TG: Yes, like I said it worked. And all these years after the fact and even at the time when I saw it on screen I was like yeah that worked out well (laughs)! I was grateful that we collaborated on that and changed it up a little bit. Like you said and like I’m saying the fans went for it and they love it.

R: What was it like working with Donald Pleasance and Danielle Harris?

TG: Ironically enough, it’s funny you should ask that, I did not have scenes with either one of them. Donald and I, I’d see him in passing in the makeup trailer and Danielle would hang out on set sometimes. That was the limited time I had with Danielle especially on the set of Halloween 5.

R: Do you keep in touch with any of the other cast members?

TG: The majority of us were at 35 Years of Terror out in Pasadena in 2013. Then there was a mini reunion of sorts at Flashback Weekend here in Chicago in 2016. If we’re out, we see each other. It’s not like we’re sitting around texting and calling each other every day. When we bump into each other we’re all happy and we’re always going to have that amazing bond together. Next year (2019) marks the 30th anniversary (of Halloween 5). We have 40 Tears of Terror coming up in Pasadena, October 12th-14th. It’s going to be great to reunite with everyone once again. 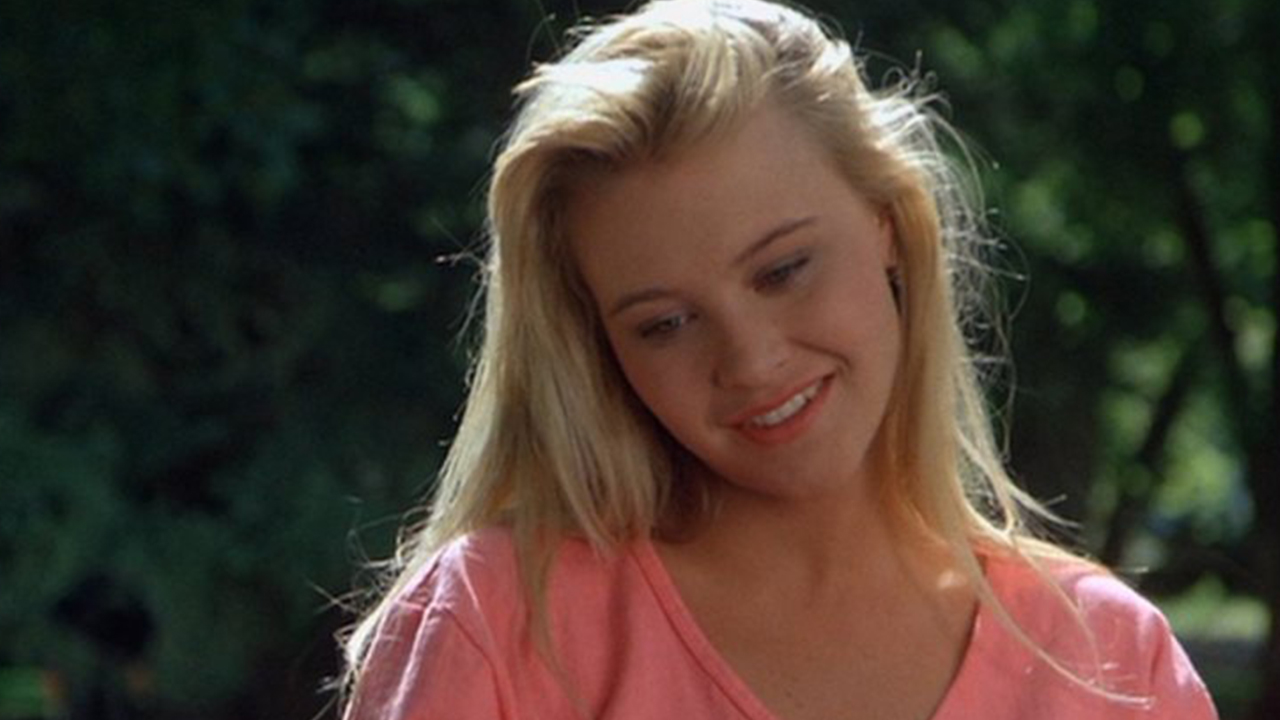 R: If you could change any part of the script is there anything you would have changed about Halloween 5?

TG: I would have definitely taken out the stranger in black. No one can still to this day figure out who in the heck he is. That’s always been a huge question mark in so many people’s minds. I would remove that element and do away with it.

R: What’s your favourite sequel in the series?

TG: My favourite sequel would be Halloween 2. Those originals set a precedent for the horror genre. With the music score and Michael’s anticipated kills and how well those are executed on screen. My god absolutely.

R: Who are your top three scream queens?

TG: You know I’m gonna say, gotta give it to Jamie Lee. Gosh that’s tough. I’m going to say all the respect to Danielle, because she’s done amazing work for the genre and women in the genre as well. And I’m so very proud of her. For a third? I can think of like 10 more but I can’t put my name on who I’m partial to, but I am very partial to the ladies of Halloween.

R: What’s one thing you’re hoping to see in the new Halloween? Have you seen it yet?

TG: I have not seen it yet! One thing I’m hoping to see? Well it’s not even a hope because I’m so secure with where they have taken this because they did wait a long time. I mean they did. This is a huge iconic franchise, they’re not in this to screw up, they’re in this to win it. And I know that this is going to be amazing. I know they’re going to execute it so well that there will be no other alternative then to go ahead and get the second one geared up. They’re going to deliver. I have no doubt in my mind.

R: The anticipation for this film, I’ve never seen anything like it! I’m so excited!

TG: Right! It’s nice to see the fan base, and it’s cool for me because I have so many millennials on board and that’s the beauty of social media and with the size of this franchise the buzz out there is insane. I’m carrying over 6000 on my personal Facebook page and at any given time 90% of my newsfeed is all Halloween.

R: Yes! I focus on all horror movies but especially on the Halloween series and it’s the most of what I’m seeing on social.

TG: It’s cool that the millennials are on board and they’re going back and doing their research by watching the older films, especially the first 5 in the series. It’s cool and super exciting. 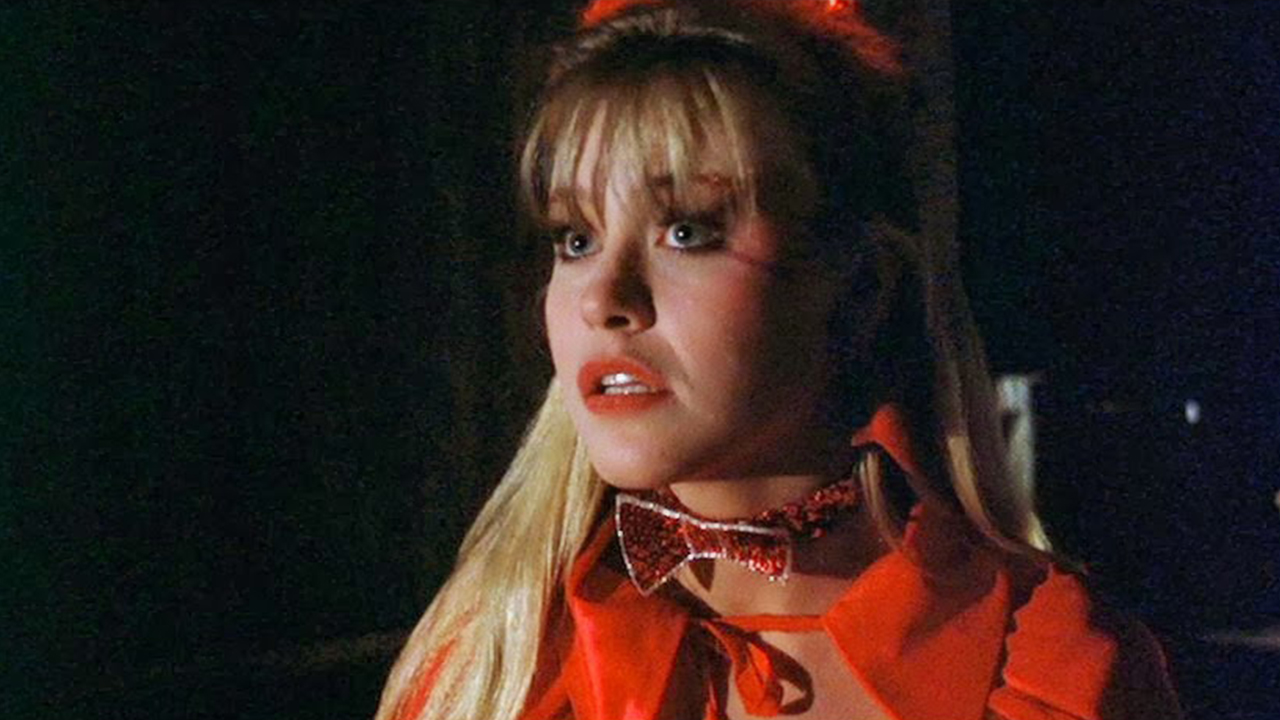 R: Who do you think will prevail in the new movie? Michael or Laurie?

TG: I think that’s left to be seen. I think there can be such interesting twists and turns and some very peculiar dynamics in there but who knows. Whichever one, we’re there and it’s gonna be great.

R: Last question, if you could pick one way to finally kill Michael Myers what would it be? How would you kill him?

TG: Oh my god! Out of all the interviews I’ve ever done. You’re good. I like you. You’re really good. How would I kill Michael? Oh man, I can’t say stab, I can’t say shoot, I can’t say run over, just because of all the previous attempts and what hasn’t worked. I really don’t know and I’m trying to think of something super creative and out there and fun. I’ve never even thought about Michael being dead. How would you kill Michael? I’m going to turn this on you.

R: I don’t know either. This wouldn’t be my favourite way for him to go, but one way we haven’t seen him “die” is by drowning. Having him pulled under water or something, but I don’t know what would take place to make that happen.

TG: I don’t think that that would be his style…to drown. You know? There’s been several attempts made on his life and none of them have worked (laughs). That’s a fun question! Good job!

R: Thank you so much for taking time to talk with me today!

TG: I appreciate you very much for thinking of me. Thank you for allowing me to chat with you and to show my knowledge and my gratitude towards one of the coolest franchises out there.

I would grub her cheeks